Robin D. Lόpez was raised in San Pablo and Richmond, CA and has an academic and research background invested locally. Mr. Lόpez attended De Anza High School and graduated from Contra Costa College with degrees in Mathematics(AS), Physics(AS), and Sociology(AA) . He transferred and graduated from San Francisco State University with a BS in Civil Engineering. Mr. Lόpez recently completed graduate studies at San José State University for Water Resources Engineering, and is also a Research Associate at the Lawrence Berkeley National Lab, working on several projects for the U.S. Department of Energy. He also mentors and teaches 4th/5th grade for local non-profit, Metas. His trajectory in life was once misguided, not uncommon for many young people from his region, but a passion for the STEM field grew out of resources, opportunities and mentorship. He now commits himself to outreach, ensuring young people can actualize their potential. He has received several notable awards including the Kennedy-King Memorial Scholarship, National Science Foundation Scholarship and the White House Presidential Service Award. When afforded the resources and platform to succeed, Mr. López strongly believes such investments are limitless.

As of April 2018, he has officially accepted an offer to pursue doctoral studies at the University of California - Berkeley. He'll be studying in the Environmental Science, Policy, and Management Department. Mr. Lόpez was also awarded the prestigious UC Berkeley Graduate Chancellor's Fellowship. Such opportunities and accolades are a reminder that there is amazing untapped potential in communities like Richmond, California. 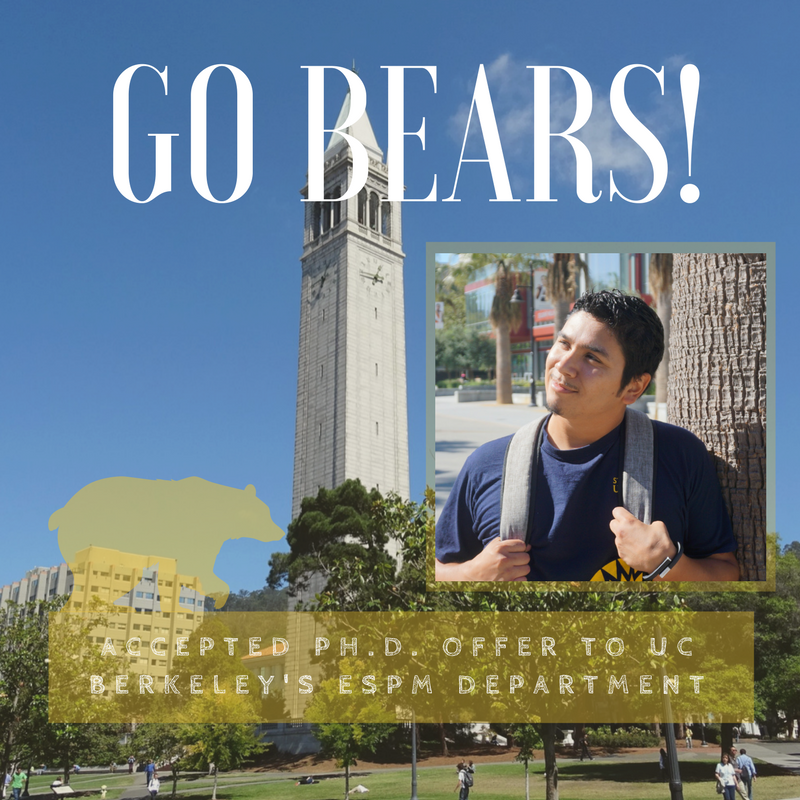 Robin D. Lόpez also has a background in music, as he was formerly involved in the San Francisco Bay Area hip hop scene, prior to pursuits in research and academia. Much of his music centered on the lifestyle, culture, and environment he grew up in. Consequently, much of his past work are compositions he's not necessarily proud of - which resulted in much content being taken down as a means to distance himself from negative influences he once perpetuated via music. You can find the last full composition he compiled, after the suicide death of his best friend though. It's titled "Stolen Voices" and can be found online. After his last full length project, he drifted from music and sound engineering as it became a constant reminder of the loss he endured from losing a best friend who introduced him to art of music. Recently, he has found a passion for music again - this time using hip-hop art form to connect local youth with the beauty of science. Past projects have been presented for the American Geophysical Union and the Geological Society of America.